"I kill where I wish and none dare resist. I laid low the warriors of old and their like is not in the world today." 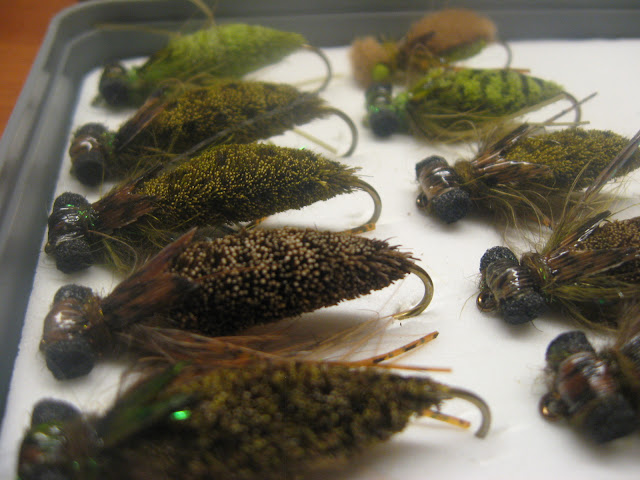 I have a fondness for fishing dragonfly nymphs simply because on average, they catch big fish. I do not, however, have a great desire to tie them. I have wasted a lot of time and tying material trying to come up with a pattern that I fealt represented the large Aeshnidae (Darners) and smaller Libellulidae in looks and animation but also fished worth a damn in places where dragonfly nymphs live (the bottom of stillwaters). This poses a problem in that for the flies to have any consistent success whatsoever you must fish in and around debris strewn bottoms and macrophytic growth (weeds). 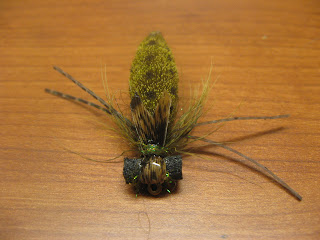 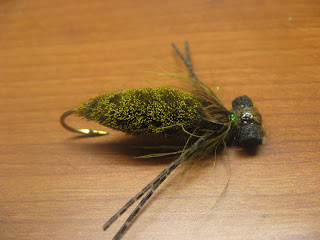 I have been a believer in floating patterns ever since I read "The Gilly" and learned of Alf Davey's Bottom Walker. The concept was not entirely new (Gary Lafontaine used deer hair poppers on fast sinking lines for Bass) but it was entirely new to me on how one could approach lake fishing for trout. I have found fishing a floating nymph on sinking lines the best way to imitate the dragon nymphs and so I have been persuing the "ultimate" dragon nymph for some time now. 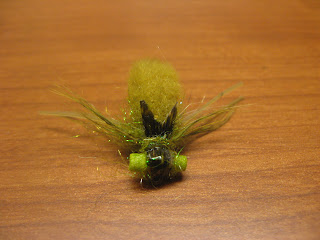 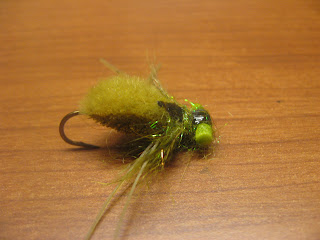 Have I finally cracked it? Hell no!!!! But I do have a pattern that floats all day, looks and breaths with life like the real thing and gets crushed when trout are on to them. Fine by me. 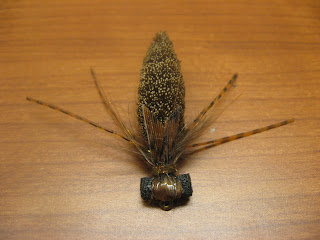 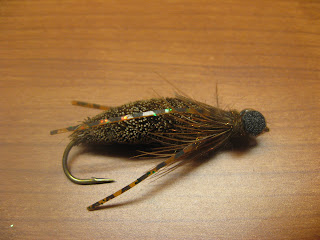 This isn't to say that their aren't a lot of great patterns already out there. Dunc's floating Carey is a great pattern as it can imitate a multitude of insect species. The Gomphus is a classic (if you have never read Jack Shaw's "Fly Fish the Trout Lakes" you should) and Phil rowley's Draggin is a great imitator of the large Darners and fishes well. It is just that I have always observed dragon patterns as something rarely persued by creative minds and for the most part many patterns really don't do the bug justice. That and I just wanted to come up with a pattern I could call my own. It is an amalgamation of various aspects of other patterns that I like and I feel it makes it entirely its own....maybe! 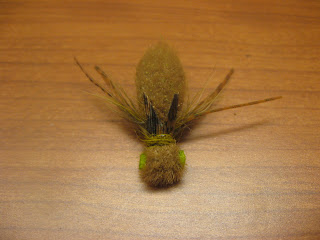 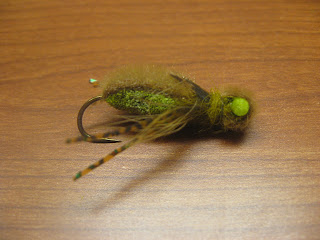 This current batch is for a bloke by the name of John Kent who, if he wasn't so busy tying flies for everyone else, would probably be better able to do them justice. 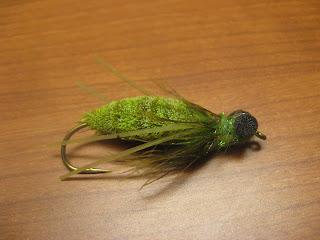